Coffee and a Catch-Up With Our CEO 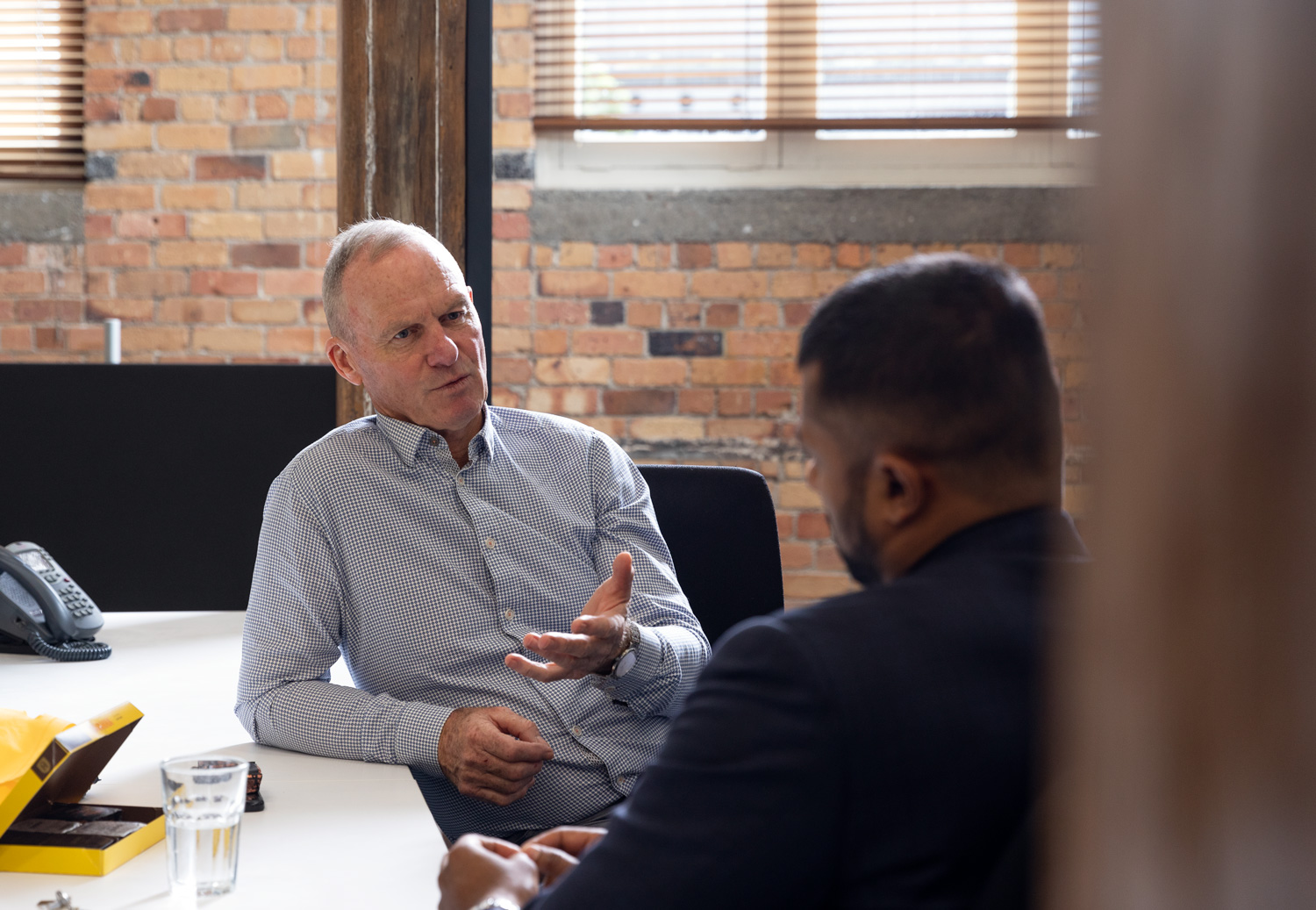 Frank Van der Velden, CEO of Touchpoint Group, has been a fixture in our London office for the past four weeks, so we sat down to ask him some questions about his most recent accomplishments there, and the future prospect for Touchpoint Ipiphany in the London market.

You’ve been back and forth to London for almost a year now, how has it gone, and what’s in store for the Brits?

Spending the last four weeks in London was really worthwhile. This is the longest trip I’ve made and we have achieved a lot in that time. We’ve established a great team of like-minded individuals in our growing London office and we’re utilising the team back in New Zealand as much as possible. We’re in discussions with an international Tier 1 bank, as well as one of the largest challenger banks in London, and I’m incredibly pleased with the way our product, as well as our security protocols, stood up to review from both of these organisations.
Undertaking these pitches helped us understand how the product can highlight elements of conduct risk using various data sources; it’s this holistic approach to data analysis that is so beneficial for this market. We were able to provide valuable feedback to each of these companies using publicly available data that showed the true power of Touchpoint Ipiphany, and our upcoming ISO27001 certification means that we’ll be well equipped to handle their data

What initially attracted you to London and what has continued to make it a good foundation for the Touchpoint Ipiphany product?

There are two things that make London and the UK such a valuable market for us. First, the high concentration of larger legacy enterprises that are all coming to the conclusion, at around the same time, that they need to work with cloud-based technology in order to gain an edge in the market, and are quite open to the idea of working with new tech.
Second, there’s a huge support in the UK for the startup ecosystem, with many newer challenger-type companies that are ready and willing to implement cutting edge technology like Touchpoint Ipiphany. We are fast becoming a part of the London market as we build resources including a business partner base that can augment our tech. Continuous innovation in true agile fashion is the name of the game as we continue to broaden our relationships in the UK. Partnering with the large Tier 1 enterprises gives us the opportunity to be innovative on a global scale, in a way that is more challenging to achieve in the smaller Australasian market. That said, this experience does drive benefits back to our market of origin.

A stay in London doesn’t happen without a comment about the weather or public transport, how did you find your commute and were there any special moments you’d like to share?

I really enjoyed my commute, actually. I was able to walk to the office in about 25 minutes, over the Southwark Bridge and down a quaint street called Ironmonger Lane. It was especially nice to be able to avoid the crowds of people on the tube.. The London office is based out of Moorgate, which was named, quite literally, after a gate leading to a Moor. The Touchpoint London office, however, is on Moore Street which has nothing to do with Moorgate! It’s named after a Mr Moore who had a carpet factory there in the 1700s.
I had what I suspect is a rather commonly occurring experience on the London train network, as I had a meeting earlier in the day that required a train trip about an hour west. I got back to the station and all the trains on the southwestern line were cancelled! It was a Friday afternoon, and it was absolutely freezing - couldn’t have been more than 1 degree outside! There must have been about 300 people milling around on the platform, all trying to get back to the city. Fortunately, another train came through that we were able to hop on: I was an hour and a half late for a family dinner, but I did get there in the end, not unusual in London!

So what’s in store as Touchpoint Group continues to grow in the UK?

It all comes down to one thing: an outward look for the future. We’re aligning ourselves in a way that is going to lift us up to be able to provide cutting edge services to our clients and give us the opportunity to grow globally. The partners we’re working with at the moment are testing Ipiphany and loving what they see, and their dedication to innovation is what will drive us forward. Bringing more organisations like these on board will push us to succeed to ever-higher levels.

ISO 27001 - What it means for Touchpoint Group, its stakeholders and clients

Touchpoint Group is ISO 27001 accredited; what does this mean for your business, and what are the benefits of working with an ISO 27001 certified organisation?

A few months ago, we sent out a survey to ask what your favourite marketing automation tools were, along with your favourite features. Here are the results, and a look at why staying in touch with your customers is more important than ever.

Embracing Change in a Digital Age

Before switching to Ipiphany, Uber Australia's analysts took about 3 weeks to analyse 10k rows of customer data - often with results they weren't confident in. Ipiphany processed 17k rows of data and had these same analysts gaining a top level view of their data in under 10 minutes. Our founder discusses the importance of embracing change in the digital age.