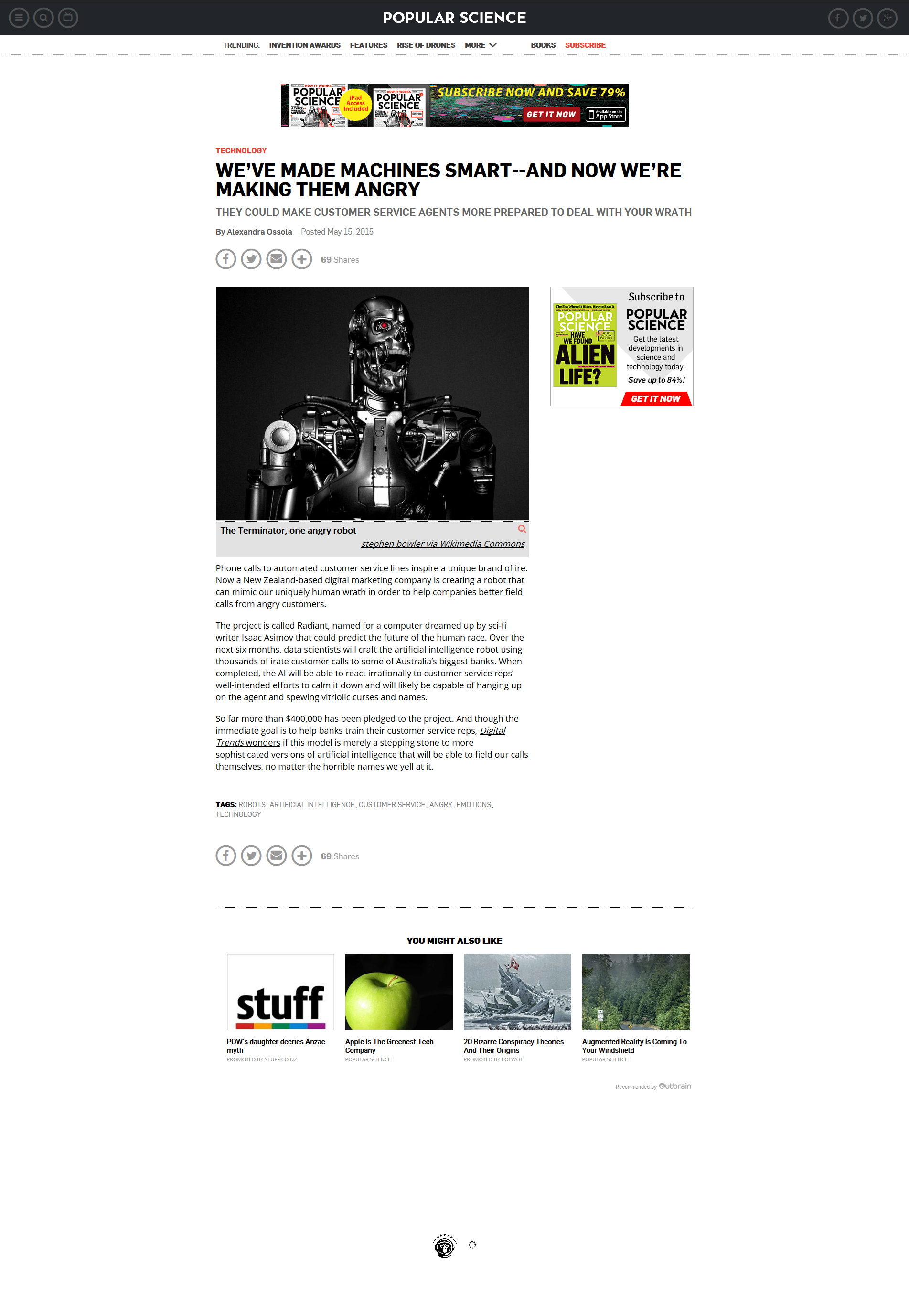 The project is called Radiant, named for a computer dreamed up by sci-fi writer Isaac Asimov that could predict the future of the human race. Over the next six months, data scientists will craft the artificial intelligence robot using thousands of irate customer calls to some of Australia’s biggest banks. When completed, the AI will be able to react irrationally to customer service reps’ well-intended efforts to calm it down and will likely be capable of hanging up on the agent and spewing vitriolic curses and names.

So far more than $400,000 has been pledged to the project. And though the immediate goal is to help banks train their customer service reps, Digital Trends wonders if this model is merely a stepping stone to more sophisticated versions of artificial intelligence that will be able to field our calls themselves, no matter the horrible names we yell at it.